Speak freely but don't be stupid about it or you'll find yourself on the last train to Clarksville, ya dumbass.
Post Reply
166 posts 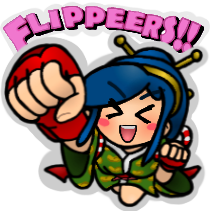 Snip Off The Branches: Disable two parts of a Multibot (or a Minibot and the main bot) within 20 seconds of each other.

Pest Control: Destroy a Minibot within the first 30 seconds of the match.

Sympathy Points: KO/TKO a main bot who has a Minibot (or multiple), without killing the Minibot(s).

Divine Wind: KO/TKO an opponent with an attack that also kills you.

The Cornered Rat Will Bite The Cat: Survive three or more hits from an opponent with a Weapon double your armour, and KO them in the same fight.

Take A Cut To Break Their Bones: KO/TKO an opponent after sustaining a battery fire and/or having your chassis torn wide open.

The Power Of The Pack: Use a Multibot consisting of three (or more) units to KO/TKO an opponent.

Peaceful Revolution: Make the Playoffs in a tournament without KOing/TKOing or beating any of your opponents in the Damage category.

Severed Ties: KO/TKO a bot that was previously on your own team.

Drayton's Own Recipe: Use a Sawbot/Hammer Saw to KO an opponent on damage while pinning them underneath a Pulveriser.

Surface-Air Superiority: With a Vertical Spinner, KO/TKO an opponent by attacking them as they try to self-right.

Emergency Breakage: KO/TKO an opponent who has at least double your Speed and Torque stats.