Get your creative juices flowing and submit your own media, art, ariticles, or whatever you think people will find at least mildly entertaining to this site. We promote intelligence.
Post Reply
4 posts • Page 1 of 1

I haven't many robots (of my own) yet, but the ones I do have are:

From the Monsterworks Robot Giveaway:

I also picked up a number of Tartarus Robotics robots: problem is, Madman gave permission to giveaway those bots while high, and now he's not high he'd kinda like them back. So while he's letting it slide (and I need to clear it up), it's highly unlikely any of these robots will remain in my possession.

I'm not gonna source pics because it's not worth it for a section that'll be deleted eventually.

The robots I kinda do kinda don't, mainly don't have access to are:

Midnight Sun (though Madman did say i can keep this one. I have no idea if this stretches to the other ones but i'm going to take a wild guess of "get tae fuck".

It's still got work to do but y'know what fuck it i need to start my ARC team properly. 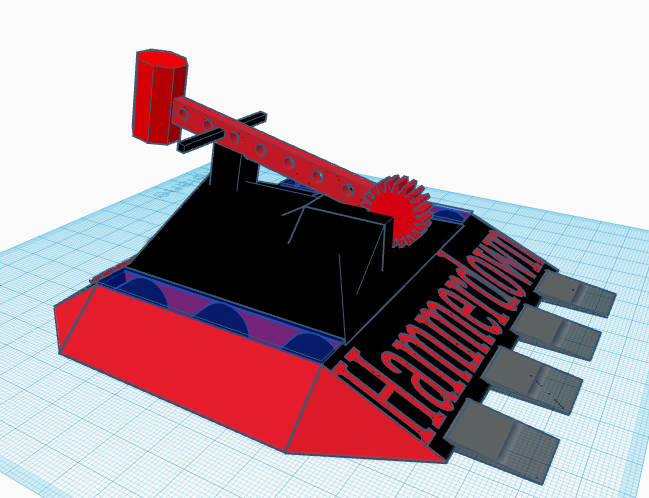 Yes, I like complex, versioned names like some faux-military edgelord. Just be glad you never had to deal with Anti Gravity Evo/5 Mk. IV Spinner-Killer Mode.

Hinged wedges. 6wd. Will have a proper album once i'm 100% done with the Mk. I version. I tend to go through a lot of little Revisions before i'm done, so no point in doing a full album.

Basically, it's TMHWK meets Beta, with a slight sprinkling of Behemoth's 6wd and some nice wedgelets too.

(fyi badnik's already told me the gear is too far out, so that can be shifted for rev 5, but it's 2am so not tonight k thanks)

(edit addendum: yes i know what at least half of you are thinking. OH GOD AVALANCHE IS HERE? TAKE TWO OF EVERY ANIMAL AND RUN FOR THE BASTARD BORDER. look i've been banned from basically everywhere else and i'm finally trying to at least change and make some differences. i'm not here to nuke you or anything.)

(edit 2, electric boogaloo: i know i picked all the really fucking notorious monsterwork bots but i only knew about them because other people mentioned their names as a "thank god he didn't get X" and I took them as a direct result of that, so Nice Job Breaking It, Hero&#33;)

Well. this thread's been dead. Let's liven it up with a look at my REDDIT and Revival entry: 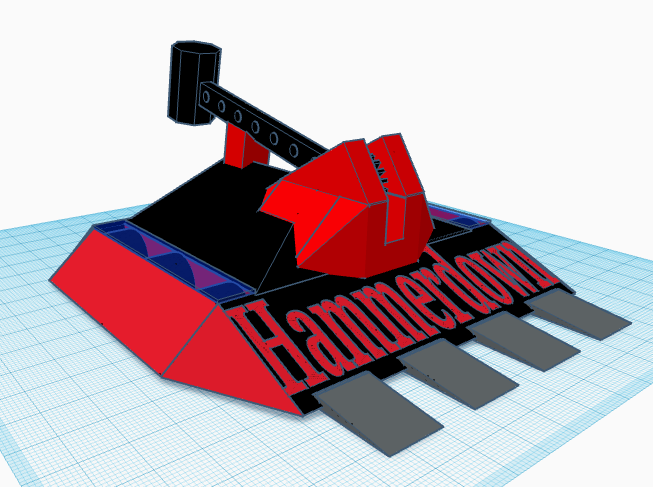 This is a fairly simple design. 6wd, 4 hinged wedgelets with angle limiters, big fuck-off hammer. For twatting opponents with. Potentially something to reckon with considering the power of the hammer, though i wish i could get more points into it. Oh well, shuffler/walker system can come later. It feels like the kind of robot that would look cool with one of those. That and it'd get me more weight/points which is the real draw. Because I'm A: A hypocrite (see the shit i give coup de grace in the discord) and B: a bit of a cheeky meta-bastard.
Top

Edited the post for you so the image came up on-screen. ;)

Looking nice, although that hammer housing seems like a big target for spinners.
This account is in a state of dimensional flux
Top

With the amount of metal around the hammer hopefully it'll act as a buffer. That and they have to work their way up the plow/wedge first. We'll see.
Top
Post Reply
4 posts • Page 1 of 1