Get your creative juices flowing and submit your own media, art, ariticles, or whatever you think people will find at least mildly entertaining to this site. We promote intelligence.
Post Reply
27 posts

This is a thing, I guess?

Anyway, I'm here to make things that don't look like they'll work but hopefully will. If anyone has suggestions or stuff, this is the place to ask&#33;

Now for a robot:

But that Noothgrush on my toothbrush... well, some are friendly, some are not. 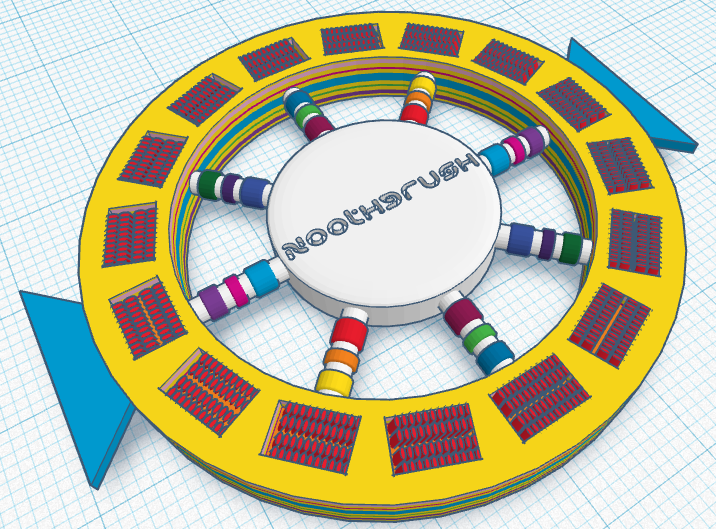 It's named after a character in the Dr. Seuss book There's a Wocket in my Pocket. Dr. Seuss was a genius and a madman. So, the robot's a bristlebot melty. Yes, this is completely viable. By making each individual bristle-pad face a slightly different direction, this thing will move in a circle, and it'll move quickly. By varying the motor inputs...blah blah blah. It's also for the lols, so be gentle&#33;

According to wikipedia, these little guys are a type of walker, so yeah? That's good maybe?

"A bristlebot or brushbot is an extremely simple form of walking robot. It is one of the simplest of all mobile robots, both in its function and its construction. As a result of this ease of construction, they have become popular projects at the school science fair level."

It also explains how a bristlebot with more than one pad can turn, so I'm sorta banking on that.

Really, I'm not sure what this is or how to stat it 100% (Alex mostly did my other bots' stats), so if anyone wants to help me with stats, I'd be seriously grateful.
hi. :)
Top

you absolute insane person, you actually made a walking melty...
Top

My understanding of bristlebots would tell me that it's technically a shuffler, not a walker, for the purposes of combat robotics. Either way, you've made something really fucking weird and I love it.
poopity scoop
Top

This intrigues and terrifies me in equal measure.

ICE³ ROBOTICS
"Tougher than a glacier, more might than an avalanche, more fury than a blizzard, and more burning passion than a volcano."
Top

assuming you're still entering it in ROBOTS, I'll count it as a shuffler when it comes to stats, so make sure to utilize just the extra 2 points&#33;
‽ ROBOTICS
CHAMPIONS: Lightweight//Ruination 4//Nick's Fuzzy Rules -- -- Hobbyweight//Bot-o-Rama//Buzzkill

Regardless of which side of the rules it falls into, that thing is fantastically ridiculous (in a good way), and I would very much like to see you stick around and produce some more robots of this nature. =D
Team Mongoose (358-215)
"The Colour of Awesome"
Braveheart / Crash Blossom / Depth Charge / Broken Ghost / Murder Death Unit / Agent X

Thanks for the compliments&#33; I definitely wasn't expecting so much positive feedback. As for stats, does a melty-brain need traction for controlled movement, and would a bristlebot have torque at all?

I'm thinking probably the first because it'll keep me competitive in weapon-to-weapon hits with other spinners? Ideas would be great. Thanks&#33;

Personally, I think your instincts are right on this one. 15/10 means it'll top any other spinner in the division head-to-head, except Howler II and Herzeleid, both of which you could arguably outdrive. However, it might suffer against a fast brick like Talons Out&#33; TBH, there aren't actually too many of those in FW atm. Hmmm....
Mastodon... Extinction (HW)
Osiris... Armageddon! (MW)
Elrathia... ROBOTS (LW)
Magnolia Pico... Ruination 4 (MW)
RipTide... ROBOT2 (FW)
Black Diamond... Cherry Bomb Classic 3 (HW)
MADSCIENCE... ROBOTS 3 (LW)
Abyss... ROBOTS 3 (MW)

certainly going to have to watch out for this thing in battle
Alpha Robotics - Embrace the carnage!

My physics degree says no, but my heart says yes 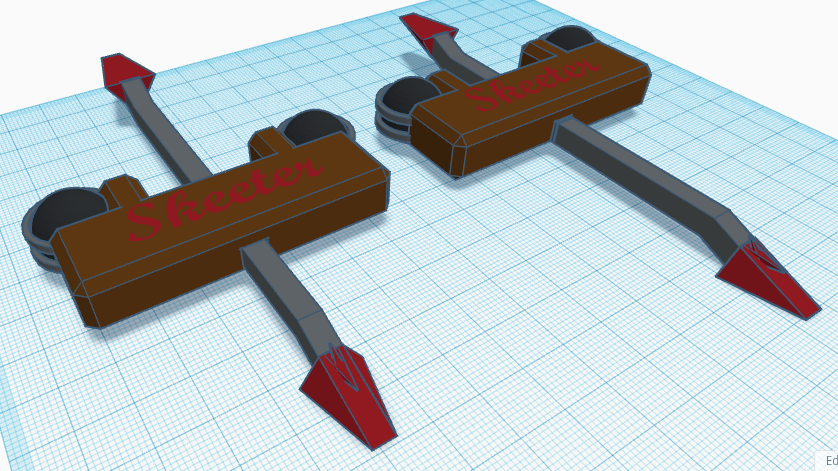 It's the world's biggest, ugliest mosquito, whipped up by yours truly at the last second for Whodunnit using scrap parts from my brother. I don't expect this POS to do much, but it's fast, fully invertible, and can strafe, so you never know.

<big>It's not a cluster&#33;</big> I just have two versions there to show the bar in two different positions. The title is a link to the album.
hi. :)
Top