Get your creative juices flowing and submit your own media, art, ariticles, or whatever you think people will find at least mildly entertaining to this site. We promote intelligence.
Post Reply
41 posts 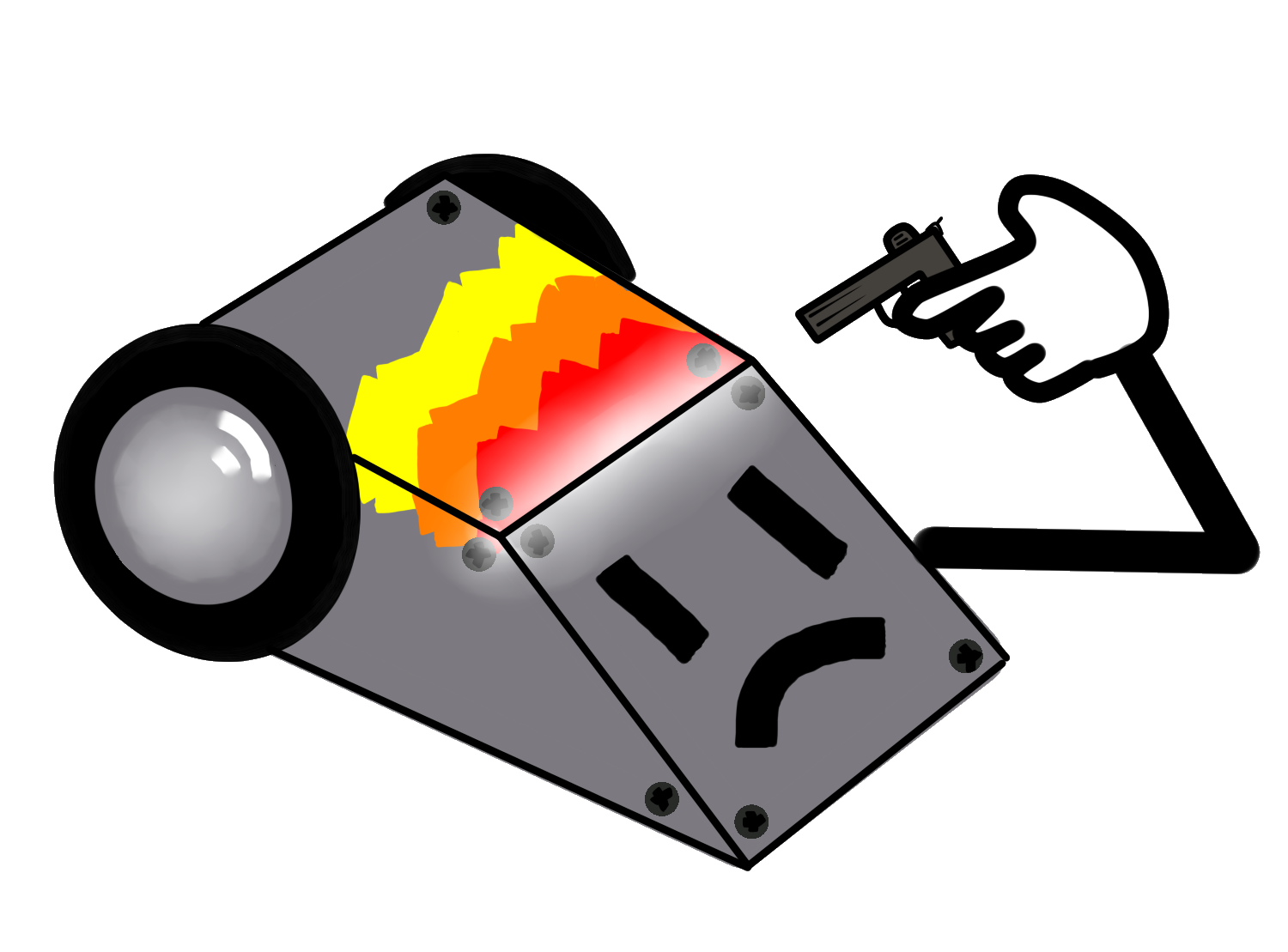 Will post an actual serious bot soon. Expect something like half this showcase to be dumb stuff. 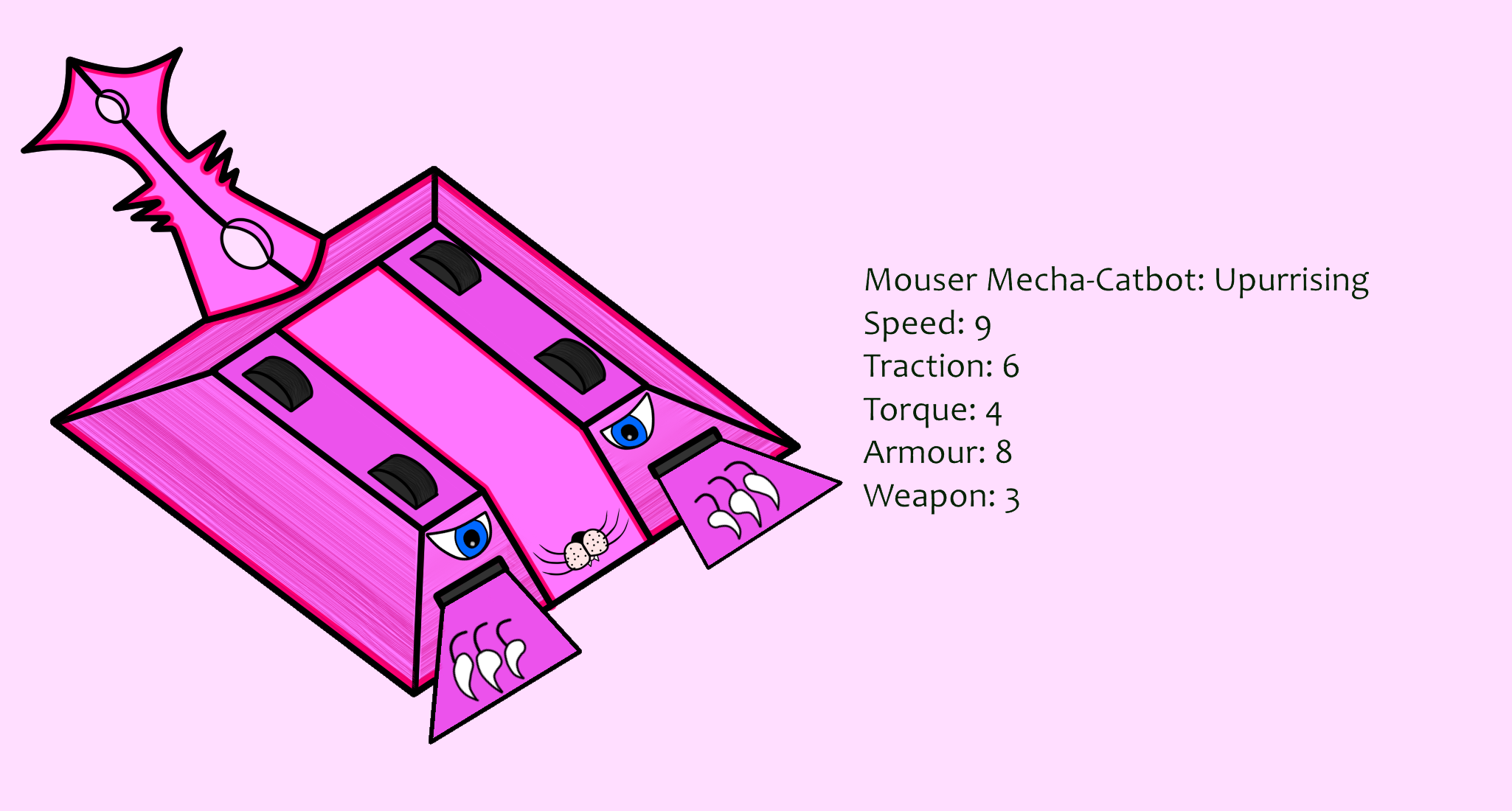 Decided to do a front hinged flipper for my first actual bot of this showcase. The flipper's pivot point is in the front, right below the mouth. It's got some skirts to slide under bots and flail around when it's using the thwack tail. Tail can also be used as an HS buster.

That's pretty good, actually&#33; It's a nice re-imagining of a Battlebots veteran, especially with the thwacking tail and the front-hinged flipper (I can always appreciate those), but I'm a little bit worried that the two front panels (with the claws) look like they'd be quite easy for a spinner to tear off.

Other than that though, I reckon you could definitely be onto something with this design.
ICE³ ROBOTICS
"Tougher than a glacier, more might than an avalanche, more fury than a blizzard, and more burning passion than a volcano."
Top

due to how weapon power works for two weapons you get 2 weapon power for the flipper and 2 for the flail tail this will make it a hard robot to kill
https://www.youtube.com/channel/UCNRE7F ... subscriber please sub to me
Top

<blockquote class='quote_blockquote'><dl><dt>patrickrowberry</dt><dd>Jan 1 2017, 03:59 PM</dd></dl><div>due to how weapon power works for two weapons you get 2 weapon power for the flipper and 2 for the flail tail this will make it a hard robot to kill[/quote]If it's on a hinge, then it doesn't need points to work- since there's no power source needed for it to swing besides that from the motors.
ICE³ ROBOTICS
"Tougher than a glacier, more might than an avalanche, more fury than a blizzard, and more burning passion than a volcano."
Top

<blockquote class='quote_blockquote'><dl><dt>patrickrowberry</dt><dd>Jan 1 2017, 03:59 PM</dd></dl><div>due to how weapon power works for two weapons you get 2 weapon power for the flipper and 2 for the flail tail this will make it a hard robot to kill[/quote]Nope. The tail is unpowered, so it doesn't need Weapon points to operate.
Team Mongoose (358-215)
"The Colour of Awesome"
Braveheart / Crash Blossom / Depth Charge / Broken Ghost / Murder Death Unit / Agent X

yeah NFX's got it right, the tail's completely static.

<blockquote class='quote_blockquote'><dl><dt>GF93</dt><dd>Jan 1 2017, 12:05 PM</dd></dl><div>I'm a little bit worried that the two front panels (with the claws) look like they'd be quite easy for a spinner to tear off. [/quote]
I'm still mostly stuck in RA2land when it comes to design. You can notice by the fact that the skirt's shaped exactly like the ones in DSL. :-/ Maybe I can make the wedges rounder to make them less spinner-bait.

I don't want to set a precedent for frequent uploads or anything, but here's another one: 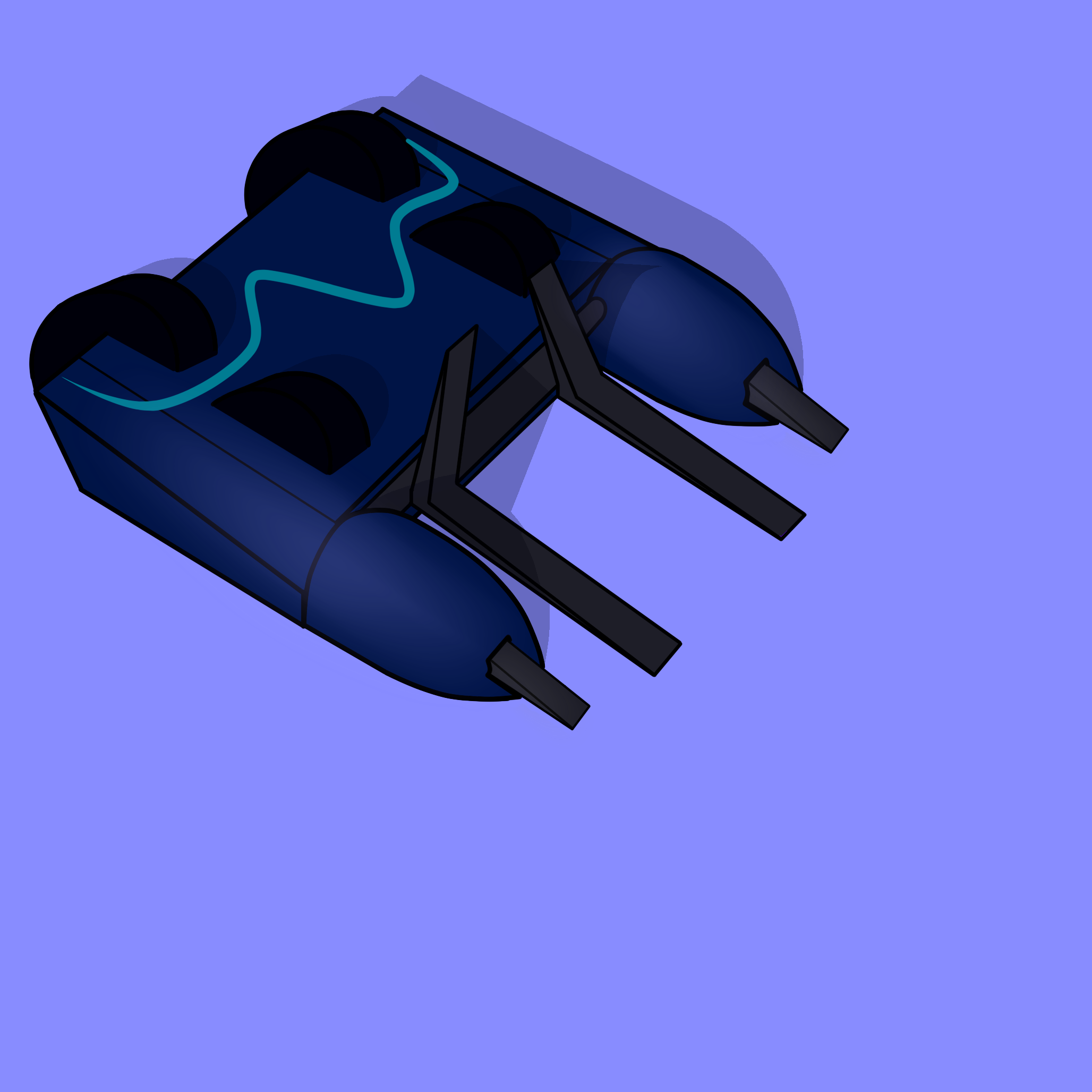 The strategy behind this bot is to slam into the opponent hard enough with the top bit so that the entire fork setup recoils backward, sending the other robot into the air much like a flipper would. Thicc 10 armor for spinners to bounce off of. The 1 weapon is just to give the forks some form of control so they don't fly up when I drive forward. Alternatively, I can continue pressing the forks down while shoving the opponent around, which could prove useful Also features two hinged wedges at the front (the grey bits that aren't the forks). Angled back because I didn't think I'd have wheels sticking out the back when I made the chassis. Whoops.

Fact: I don't actually know how "good" hinge wedges are in terms of actually getting under other robots. In fact, how are wedge vs wedge collisions handled in RPs anyway? Last time I competed you guys had a 28 point total and a wedge stat.

Also tried my hand at shading+lighting with this one to give it a little more realism. No, that's not shitty perspective on the top bits of the forks <small><small>(probably)</small></small>, they're actually angled inward to slightly help against HS and so that it doesn't press against the wheels, although it's probably going to be changed to something else tbh.
Last edited by V900 on Thu Jul 13, 2017 11:48 pm, edited 1 time in total.

hi Slambot&#33; it'll be interesting to see how that weapon idea translates to ARC

...but Alex already has a bot named Flatline

Interesting concept. I don't think it'd quite work as is, but the bot should still function as an effective pusher. I do now want to try making some sort of judo-throw bot myself to see if there's a way to make the concept work...
poopity scoop
Top

Working on some bots for CBC2. Have a FW and a MW ready: 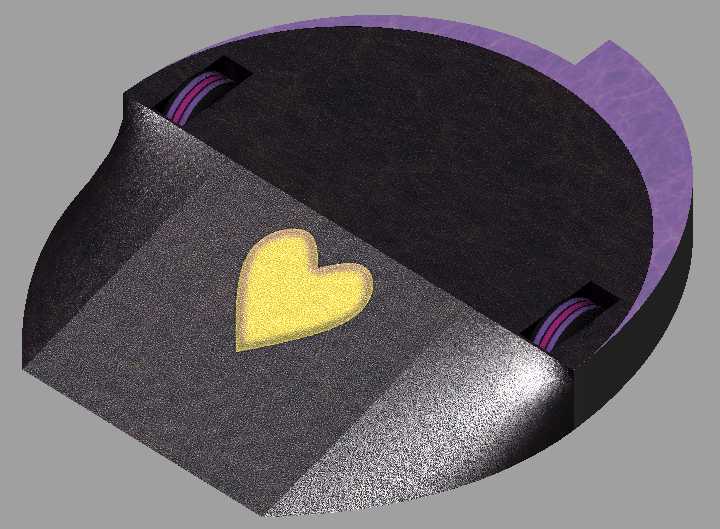 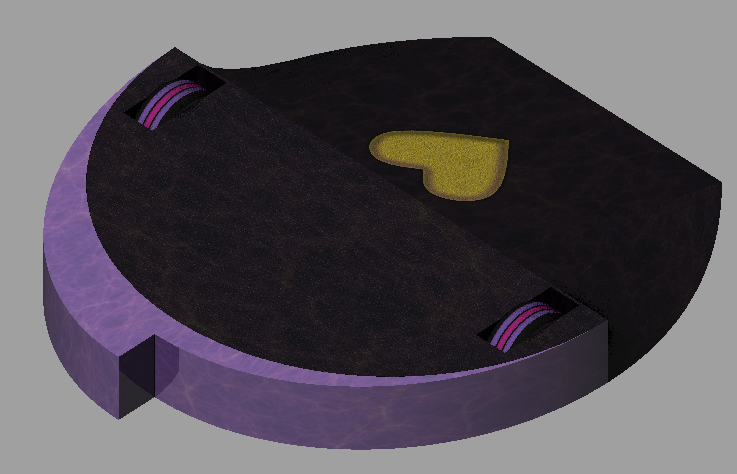 Melty + brick hybrid. The idea is to give other bricks the SNS treatment, while using the frontal wedge to deter spinners. With 9 speed, it should be able to do the latter consistently. Not entirely sure on if I'll be able to sweep wedges with the rear, may trade off a weapon point or 2 for a traction point in order to increase acceleration.

MW - Some Overhead Thwack That I Haven't Named Yet But It'll Probably Be Something Stupid And Generic Like "Spearhead". Come To Think Of It, This Would Be A Pretty Good Name If It Weren't So Obnoxiously Lengthy (or: SOTTIHNYBIPBSSAGLSCTTOITWBAPGNIIWSOL. I don't think The Monsterworks would accept that name to be perfectly honest 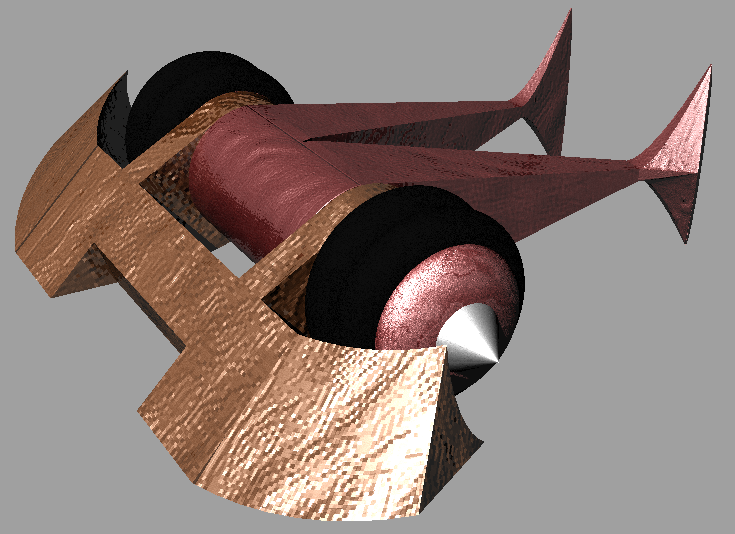 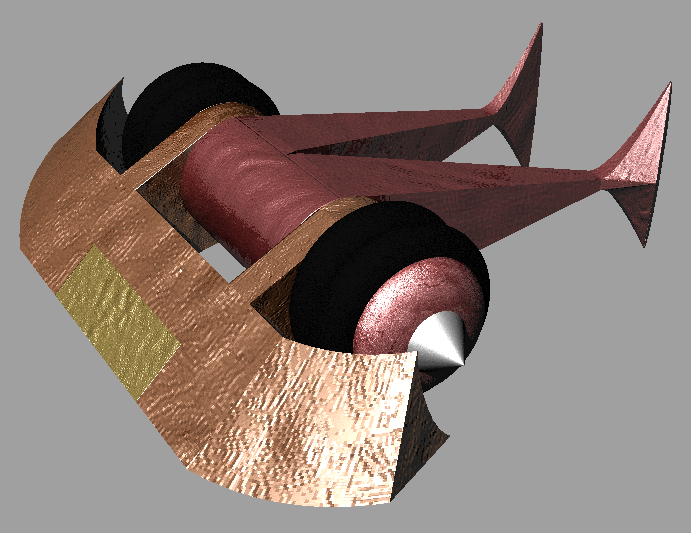 I'm not so sure about this one. The idea is to clamp the opponent between the thwack arm and the wedge, but the wheels seem a little bit exposed. Thinking about either adding paneling to protect the wheels or making the wedge longer. Will also slap some supports between the two hammers so they're not as flimsy-looking. Both the wedge and hammer work the same either side up. Middle wedge bit is removable for a bit of extra reach, at the expense of being an EZ target for corner damage. 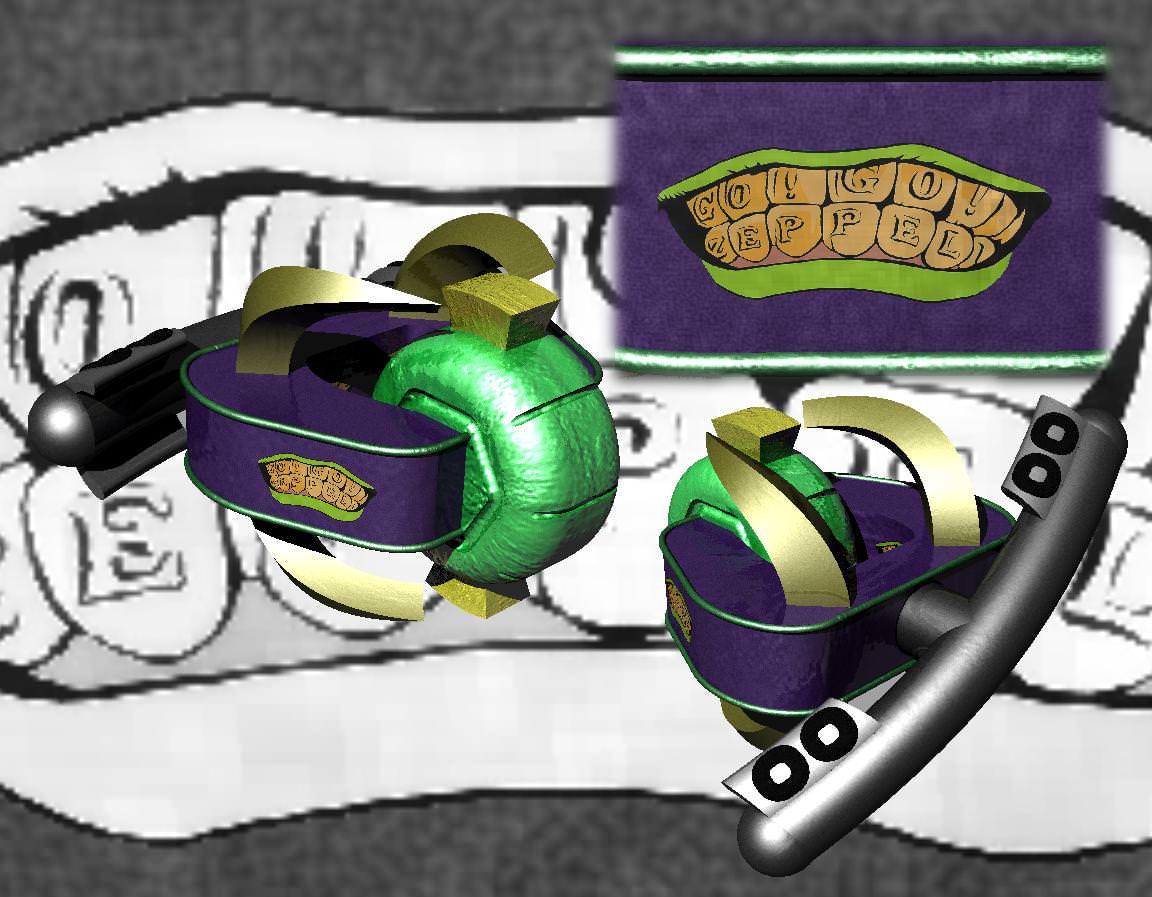 Gyroscopic VS, ft. big steel ball VS with your standard deathspinner strategy of "hit the opponent until they die". Should be able to punch some holes in anything that isn't a 14-armored uber brick.
----
LW I probably won't enter into either CBC2 or Ruination: 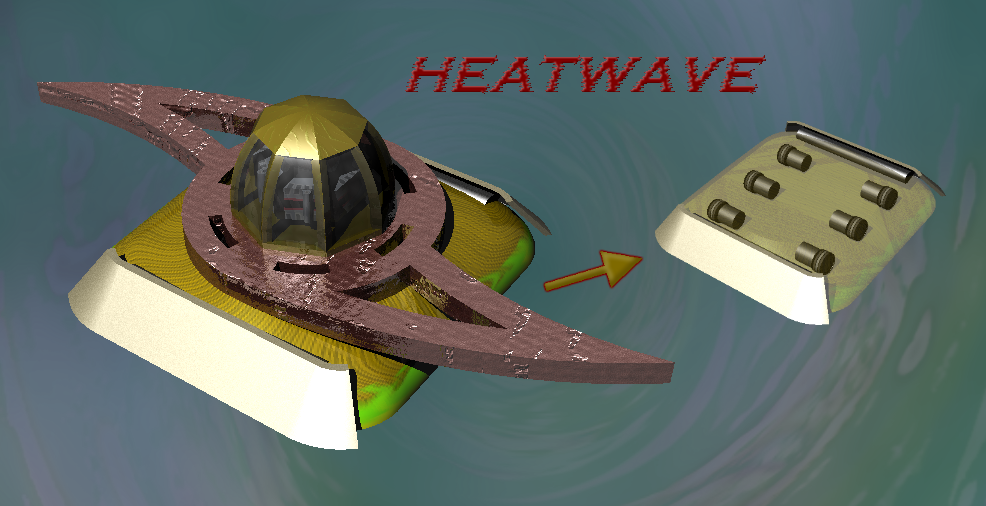 Decided to give it 6WD for the slightest bit of originality compared to garden-variety overhead spinners. No stats because I'm not entering it into a tournament any time soon. If someone wants to give this stats use it as their LW in either CBC 2 or Ruination entry, feel free.

what the fuck is up with go go zeppeli
winter! she/they pronouns, trans rights babey! 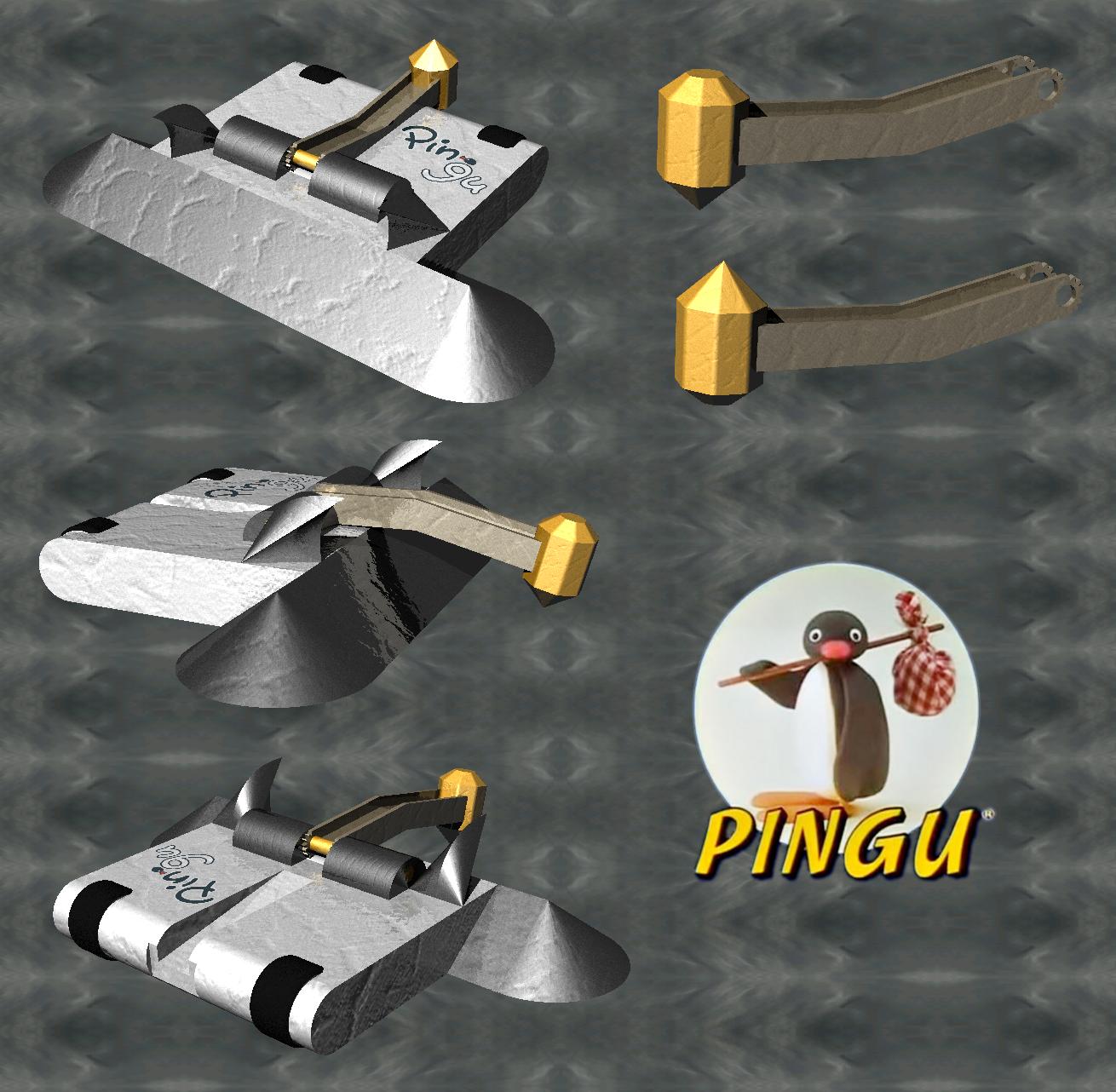 Reversible hammer with both blunt side and piercing side. Completely rounded front so I receive 0 corner damage ever.