Skills: Along with having sharp claws and teeth benefiting an early predator, Dr. Richfield hails from a universe where Dimetrodons are the dominate species on Earth and have been for a LONG time. Secretly, he's a cannibalistic serial killer who specifically targets those he finds uncouth or repugnant. Essentially like Hannibal Lector. He speaks standard Dimetrodon (which happens to be exactly like English&#33;) and several other Dimetrodon dialects which have no other universe equivalents.

-He's a well respected psychologist.
-He has extensive medical knowledge.
-He's a very talented chef.
-Has proficient chemistry knowledge.
-He has an eidetic memory.

Filling up nicely&#33; I think I want to aim to start this thing this coming weekend, so please get your characters in by Saturday morning if possible&#33; I will probably accept late characters, but I'd much rather have people ready going in.

I'll be making Bear in Mind over the next 2 days.
Top

I've never done one of these before, so why not give it a try?

Adaman appears to be a normal Orangutan, until you notice the oddly designed metallic skullcap he wears upon his head. You might also observe the extraordinary abilities it gives him, such as the ability to speak and a greatly increased intellect (for an orangutan, at least.) Adaman is no philosopher, but he has a quick, instinctive grasp of any sort of technology and is prone to taking things apart to see how they work and rebuilding them in the way that seems right to him.
While his skullcap has increased his lifespan, he is aware that his time on earth is finite and so has spent much of it traveling and seeing new places and interesting new machines. He's not too social, but he tends to get along pretty well with people if he likes them.
If his hat were removed, Adaman would revert to being a regular orangutan. He'd retain all his memories, but would be unable to speak or reason very well. He might still be able to use some of his tools, though: orangutans are naturally quite intelligent&#33;

He carries with him a backpack full of tools and various spare parts, and a laser blaster he invented and of which he is quite proud.

Technical intuition: Adaman can figure out the workings of most types of technology, especially for things he's seen before. This allows him to take apart devices and rebuild them into new ones. They work... most of the time.

Wild instincts: Though he left the jungle long ago, Adaman hasn't forgotten the skills he learned when he was young. He's very good at climbing trees (and other structures), can find food easily in the wild (provided there is any to find) and has a good awareness of his surroundings. When pressed, he'll also use his orangutan strength and agility in combat, but he's more comfortable using his blaster.

Hopefully I didn't screw this up too badly

Name: Bear in Mind
Gender (as applicable): Can theoritically be male or female, but male most of the time

Species: Things that were once tangible can live on as ideas or concepts in people's minds. We know this. What is less known is how, sometimes, things go from being ideas or concepts, to being tangible organisms. This is exactly what Bear in Mind is. The corporeal manifestation of the idea of bears that once were, from the minds of those that have a concept of them.

Physical description: An adult male bear, really. His (or her) appearance can change depending on the concept of bears people close to him have, more on this in Powers.

Powers: Bear in Mind can only exist when those near him have a concept of him. Luckily, most intelligent beings turn out to have a roughly correct concept of bears, other than the odd anthropomorphism, accounting for his generally human-like intelligence and speech.

Skills: The uncanny skill to adopt any skill set that comes natural with his current form (and to lose those of his previous form).
Last edited by MadBull on Fri Jan 12, 2018 4:19 am, edited 1 time in total.
Top

That takes us to 10 entries&#33; My plan is to start writing the beginning sometimes tomorrow morning, so lets say the final deadline for character submissions is 9AM GMT tomorrow&#33; While I will certainly consider taking additional players after that, 10 is a good number to be going with so I won't guarantee that I will. Get those last entries in&#33;

Ok, I have changed my character a bit since originally posting it, including getting rid of the wings my character had.
Madbull
Top 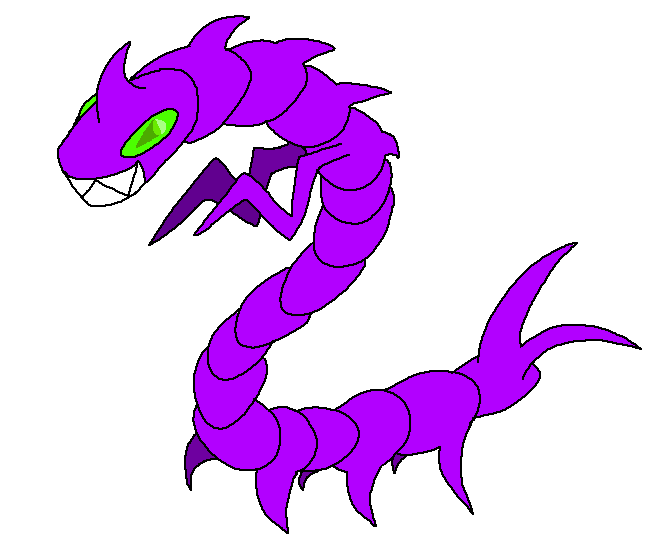 Powers: Good at tunneling through dirt and dirt-like substances. Has a corrosive venom which it can use in its bite, or in a spitting attack that's accurate up to 50 feet. Venom can easily melt through flesh and similar substances. Can climb walls if they provide enough grip to climb on.

Bio: Karstryl grew up in the slums of Chilope's greatest city, Xanithan. Being poor, he had to lie, cheat and steal daily in order to scrape out a living for himself. This made him the target of law enforcement and criminal gangs, but he was never caught. Even having a price put on his head didn't stop him. One day, while on the run from the police, he slipped and fell into the sewers. A vile mix of chemicals ran through his body, but instead of killing him, they instead gave him surprising new abilities. Still as cunning as ever, Karstryl began to expand a criminal empire the likes of which Xanithan had never seen. That is, until he wound up here, somehow.

Skills:
-Camouflage: Karstryl can blend into his surroundings, similar to an octopus. This isn't perfect, but it's good enough to protect him in most situations.

-Super speed: Karstryl can accelerate to incredible speed in short bursts. The length/speed of said bursts can be determined by the writer.

Physical Description: In its original form, Lucky Seven was a pale featureless humanoid-shaped being not unlike an abstract manikin, possessing rudimentary senses and digitless hands and feet that resembles mittens. However, it has the ability to copy or even steal physical traits (among other things) from others, so it has built an ever-shifting appearance, mixing and matching features (and personalities) to fit its growing aesthetic sense and appeal to those around it. It has recently grasped the concept of unity of form, eschewing a mishmash approach evocative of Frankenstein's monster or, more benignly, Mr. Potato Head in favour of aping a single person's appearance and identity and augmenting this in minor ways (perhaps a stronger chin, a fuller beard, a larger pair of breasts). It has dabbled in copying from non-humans, especially in its early days, but finds that this draws far too much attention, so has generally avoided doing so ever since.

Background: The being known as Lucky Seven was created in a laboratory under mysterious circumstances a couple of years ago and somehow made it out into the world somewhere in South America. It was a featureless pale manikin-like creature with rudimentary senses and no thoughts or motives of its own except for a desire to "become". It found that it could copy or steal the traits of other living things or virtually anything capable of communication, and started to steal liberally, causing fear and panic and rumours of a soul-eating demon on the loose. It learned that it could hold onto about seven of each type of trait at a given time (memories, personality traits, skills, and physical traits) and that old ones would be lost when overwritten by newer ones. It frantically tried to hold onto the traits that it most desired, with some success but more often disastrous results. Excessive tampering with its stolen traits caused all of them to disappear and its entire identity to collapse. This happened multiple times, though after each collapse, it retained bare, indistinct impressions of what it had learned. As it absorbed memories and personalities from people, it began to develop a concept of right and wrong and grew an understanding of the constructs that govern the human world. Deeply ashamed of itself, it vowed to copy instead of steal. It took on the identities of a number of different people as it traveled the world, gaining a better understanding of what it is to be human and becoming increasingly attached to each passing identity until it finally found itself pulled into a very strange place...

Powers and Abilities: These have been described at length to Alex and will only be outlined here.

1) Lucky Seven can copy the traits of anything that it encounters, so long as that thing is capable of receiving and responding to a form of communication. This is achieved by it essentially projecting a psychic tendril into its target's mind. The traits that can be copied fall into four categories: memories, personality, physical, and powers. Copied traits are not quite as effective or clear as the originals and if they're especially powerful, may not last indefinitely. The act of copying is also not an exact science, and what Lucky Seven gets is not always what it was aiming for. However, if the target is actively using the skill/power, remembering, or if Lucky touches the physical trait, its chances increase dramatically. Stronger powers and more highly specialized skills are more difficult to copy, as are particularly complex or repressed memories.

2) Lucky Seven can also choose to steal a trait. This is harder to do and its chances of success are lower. However, if it succeeds, the target is deprived of that trait and Lucky will retain it for as long as it chooses or until the trait is replaced by something else. In the case of physical characteristics that have autonomous muscle function (i.e. the heart, brain, and most organs), Lucky can't just rip them out. That would be cheap. Lucky can force retention of a trait as well, but this destabilizes its 'deck' of seven retained traits in each category and can cause the entire trait build to collapse. Each time that it forces retention, the chances of collapse increase by 5%, and if a collapse occurs, Lucky returns to its vanilla state.

Skills: to be filled when Lucky gains some

<blockquote class='quote_blockquote'><dl><dt>PyroTechnica</dt><dd>Jan 12 2018, 08:17 PM</dd></dl><div>Ok, I have changed my character a bit since originally posting it, including getting rid of the wings my character had.
Madbull
Top
Post Reply
47 posts