if anyone has issues with that please say
https://www.youtube.com/channel/UCNRE7F ... subscriber please sub to me
Top 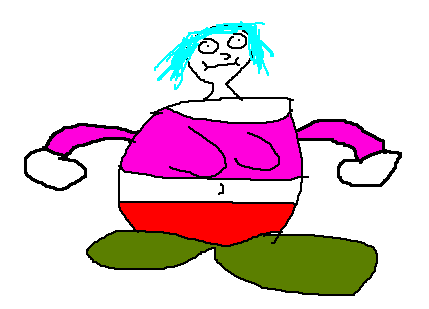 History: Shrok is the 64th president of the United States, edging out democratic nominee Robo-Hillary who ran for the 20th time in a row, in a dramatic election night commonly referred to as "Hillary's 20th failed campaign in a row".

But to find out how she got here, first we need to start from the beginning.

Shrok was born into a family of millionaires, but when her family was brutally assassinated while on a trip to the Islamic Republic of Germany by youtube sensation Pewdiepie who later claimed that it was "just a prank bro", she decided to avenge thier death by undertaking the greatest challenge of all... winning the local Hot Dog Eating Contest in her hometown of Antarctica. She trained day and night, cramming hot dogs down her gullet until she looked like a DeviantArt submission. When the day of the contest came, she won by default since nobody lives in Antarctica. Word got out about this outstanding victory and her undead mom got scared and said "you're moving with your auntie and uncle in Bel-Air". After many loyal years of serving as Bel-Air's mayor/prince, she ran for president under the "Make America Alright Again I Guess" with Mao Zedong as her VP of choice. She won by default again because her only competition was Robo-Hillary Clinton, who is in fact Hillary Clinton, so really there was only one candidate. Shrok celebrated this victory by entering the "stars in you eyes [sic]" tournament so that she could SING SONG GOOD.

i'v been sorting the songs for round 1

in round 2 you get to sing as your chosen musician

there will be 2 heats

and the 2 beast will go from each heat to the final
https://www.youtube.com/channel/UCNRE7F ... subscriber please sub to me
Top

heat 1 round 1 has started

everyone else is in heat 2

if you have any questions please ask don't be afraid (please try keep them about sensible stuff )
https://www.youtube.com/channel/UCNRE7F ... subscriber please sub to me
Top
Post Reply
35 posts