[placeholder text; I'll make a fancy poster at some point, so hold your water, macs]

- Anywhere between 8-12 robots are entered in each weight class (Lightweight, Middleweight, Heavyweight, Superheavyweight) and are assigned stats using 30 points per bot. Points will be divvied up by 5 categories:

The battles will take place in a Round Robin style with playoffs afterward to determine the champion of each weight class.

IMPORTANT NOTE: Look, I know a lot of you all are busy, or just not feeling the robot itch as much as before. I sympathize, for I've felt the same way. Therefore, you are more than welcome to not enter a full team. In fact, if you want, you can enter one robot. Just be sure to count the number of entrants so far so you don't go over the max limit of 12. However, EVERY weight class must have the same number of robots by sign-up end. I don't want to have to account for 8 heavyweight robots and 12 lightweight robots. :P

- You'll be expected to follow proper role-play etiquette; no directly referencing others RPs, whether in your reply RP, or bringing it up in the discussion thread. If you don't trust the staff's bullshit detectors, don't play.

- As a follow up to this, absolutely NO being completely arrogant, either in your RPs or in the discussion thread (i.e. "I'll probably pwn this guy all over the place"). This also applies to public complaining about results. Okay, if you want to know why you didn't win, you're perfectly fine with posting about it in the discussion thread, as long as there is some good degree of reasonability to it (which the staff will determine, not you). But don't piss and shit all over the discussion thread or the Discord servers with "how the fuck did I lose to him, that's retarded" or similar comments. You will get suspended from the tournament for the next week, have any RP threads you put up be ignored/deleted, and automatically go 0-4 for that week.

- Be concise, but specific; you have a 400 word RP limit to work with. It will be a soft limit... and by soft, I mean that if you go over by what the writers determine is okay, then you're toast. :V

- Use proper grammar and spelling - this isn't college, but no one is going to read an RP written entirely in leetspeak or whatever the fuck it is you kids do these days.

- Do not spend too long talking about stats/design - RPs are your strategy. The writers here aren't stupid, they've been around for awhile and can see when a stat allocation is poor or a design simply won't work. Instead focus on what you plan to do during the fight.

- Fight cards will be posted on Sunday usually (as are results, mostly), and you will have one week to post your RPs. If the fight card is, for whatever reason, late, you will still have a full week to RP.

Ruination: The Tempest returns to following the official ARC ruleset, rather than going off of its own playbook.

Yes, you read that right. ArenA. As in, only one. No dumb gimmicky arenas this time around.

Only the tried and true Battlegrounds remains. Enclosed 48ft x 48ft square with 1 pulverizer in each corner (with 2 variants; pointy are in adjacent corners to blunt) and 2 sets of killsaws. No OOTAs. 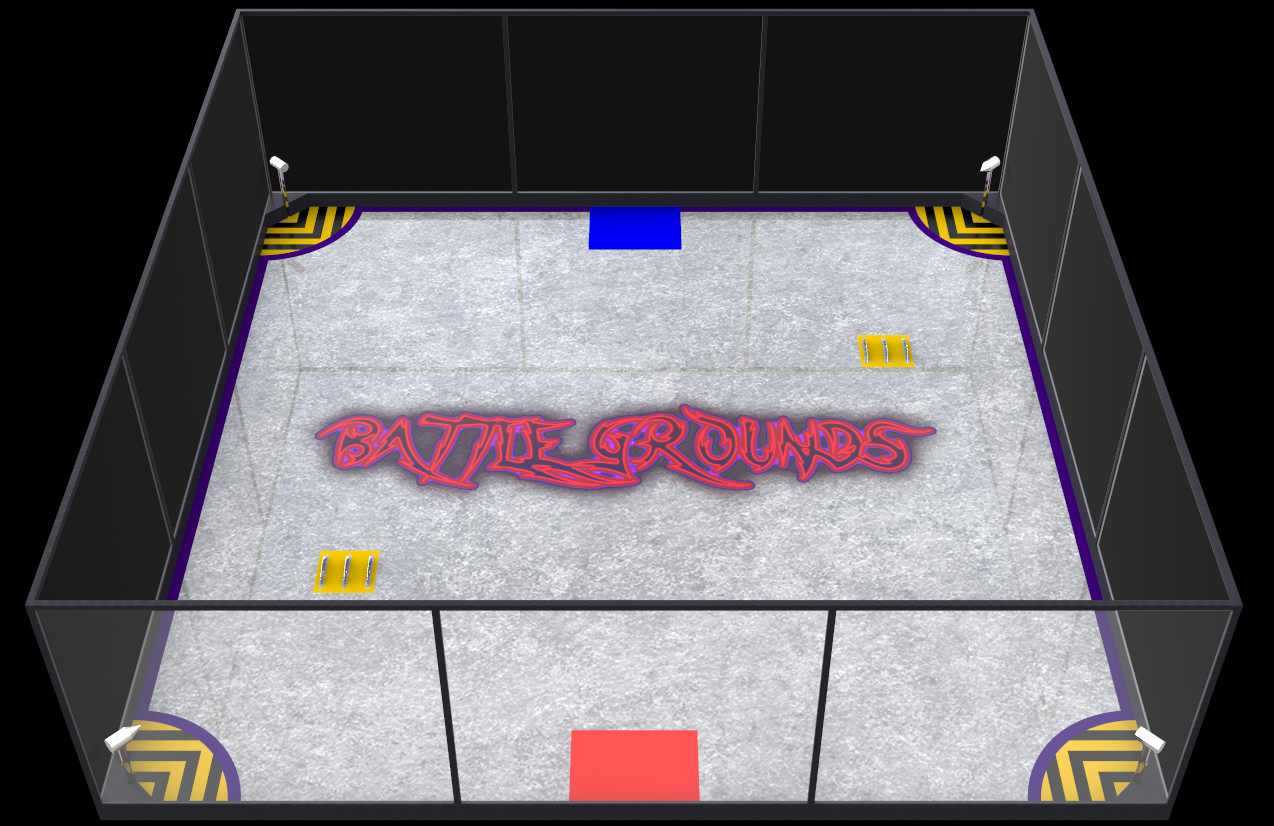 Close up of blunt pulverizer 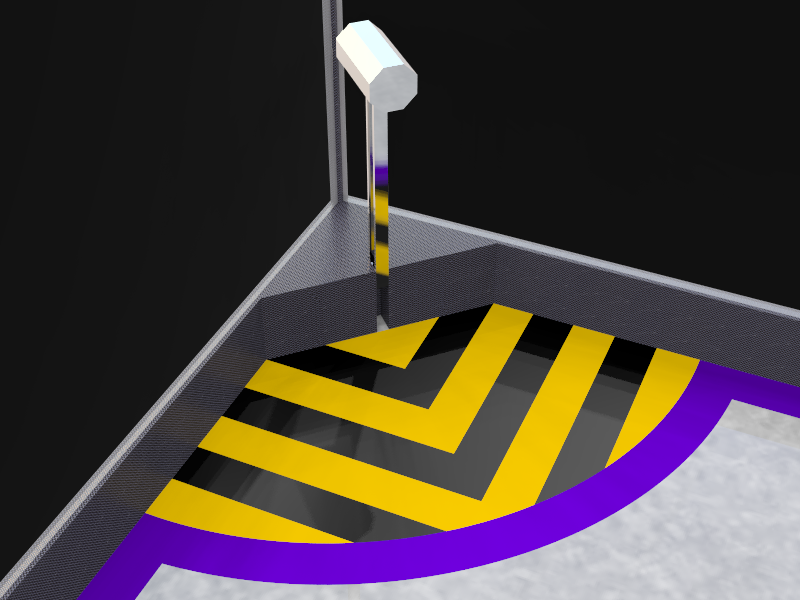 Close up of pointy pulverizer 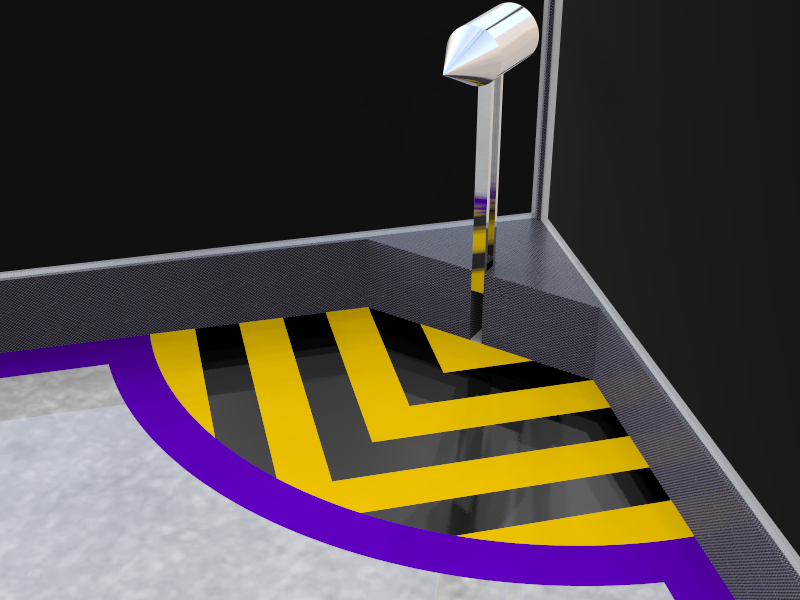 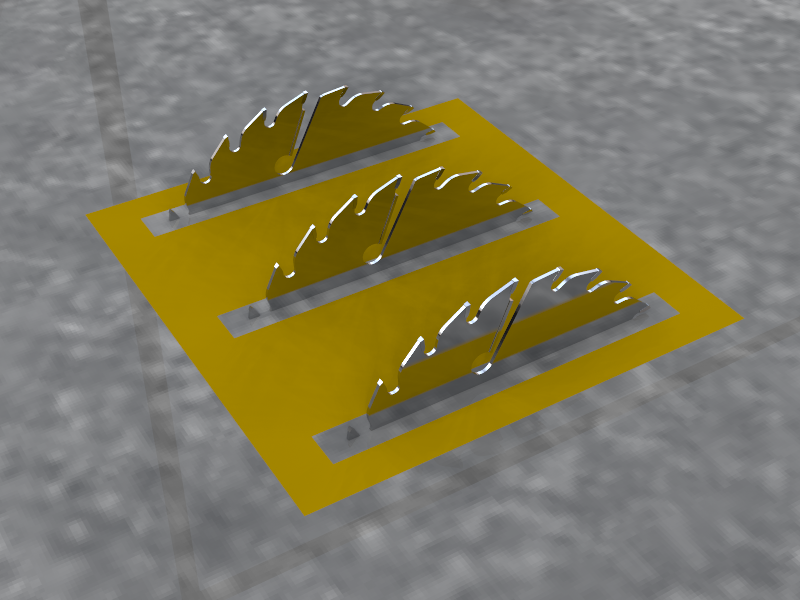 
Note #2: The staff for this tournament are as follows:

Writing Staff
- Siobhan
- Noah
(more to be added... hopefully; please let me know if you would like to write)


Note #3: In the previous tournament, I threw a blanket ban on dumb, offensive, and/or long names since I was pretty hardass about it. (who wants to write My Hands Are Abandoned Factories Manufacturing Heartbreak And Hate For The World over and over again in the results? Certainly not me) I will be a bit more lenient here, as we're p/ chill as a community whole right now... but I will still call a name into question if it's a bit pushy. :P

If you have any questions/concerns, whether it be about a match, the structure of the tournament, or hell, anything about it in general, feel free to let me know on here, Discord, or whatever medium you can find me on.

Let's have a good tournament y'all.

Lightweight: I Can't Believe It's Not Tanto

2WD solid brick with interchangeable Wedges. Most likely will be swapped out with something else
Speed: 8 Traction: 7 Torque: 3 Weapon: 0 Armour: 12

4WD Hammer/Pusher thing, might be replaced with something else I have planned...
Stats to be decided
Top

4-bar flipper. relevant things are hinged before someone chews my ass off in an rp about it. all. wedges. (ok technically the ABR wedges are shock mounted but like no one ever treats that as any different nd they still do ground scrap-ey stuff)

4-bar flipper. silver wedge/forks hinged, limited 25 degrees up 5 down to prevent weird folding incidents. 5 inches tall - accommodates for compact shape by having minimal CO2 storage (air tanks hold enough air for 5 flips), and an onboard compressor. this gives it functional infinite flips, it just can't really do more than 5 in a row.
Top

Oh yeah i forgot to mention, i am willing to chip in with the writing

So anyways, time for unfinished signups:
I am entering a bot in all four weightclasses, have some work in progress pictures and a draft of their stats for 2 of them for now.

To whom it may concern,

It is my great aspiration in life to create one or more robots to enter into this most august tournament.

Fresh from upscaled deployment in D12, Scrapper's ready to rumble. Again, nothing too fancy to say here, aside from it being invertable and having a backup wedge, just in case.

Edginess aside, HYB's back. Again. Running back the more durable tribar config for extra range when needed, a reworked chassis design allowing for precise inverted movement, and a redistributed drivetrain, granting the inverted blade a downwards angle. 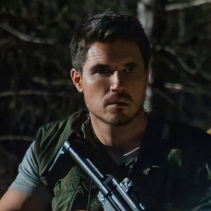 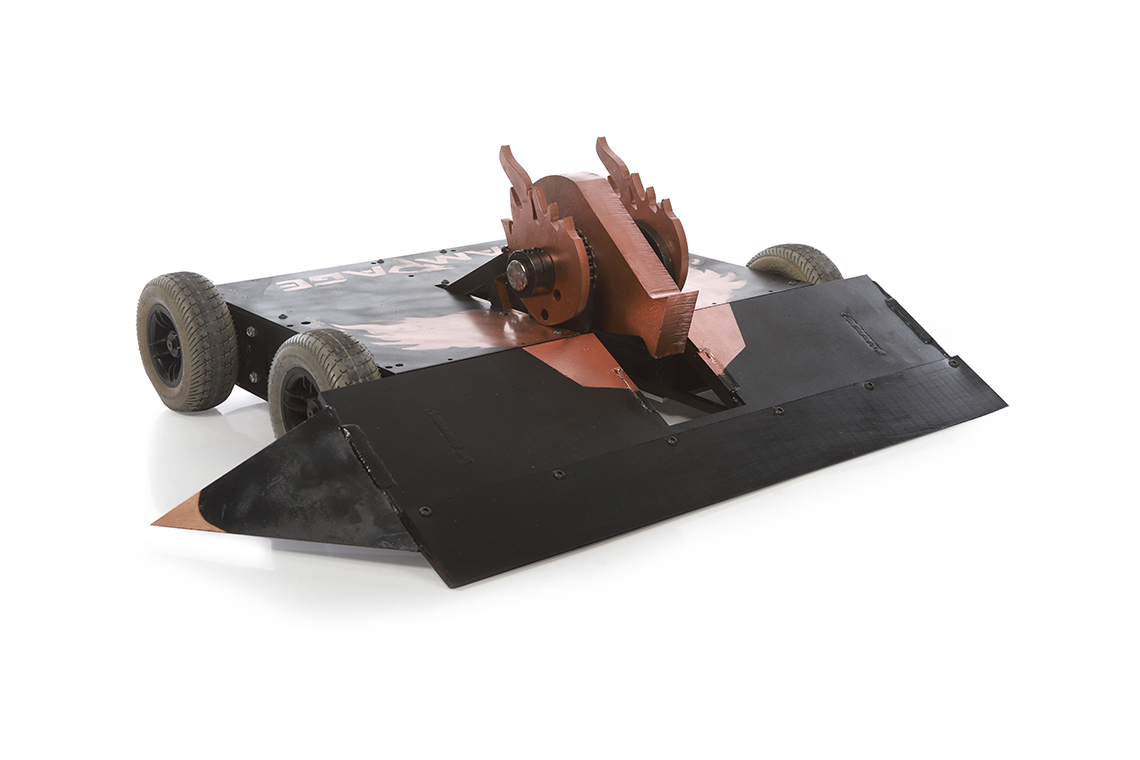 
Superheavyweight: TBD
Just here to have a good time
Top

Until I can regain the time and motivation to making new bots, you're gonna get some old boomer bots instead :V

Hey, in my defense, it's never fought before

PREPARE TO TAKE AN L
2WD tribar drisc spinner. Each blade is labeled with the number 25, 6, or 4. Big red wheels for added traction. Meant more for punting and flinging instead of slicing. Won't kill ya, but you might have your tires slashed. White forms are connected to the red wedges and are shock mounted.
Self rights using the spinner as a kickstand, mostly invertible

PREPARE YOURSELF!! FOR HIGH JINKS! FOR LOW JINKS! DANGERS! PUZZLES! CAPERS! JAPERS! BEING CAPTURED!! AND OTHER SORTS OF FUN ACTIVITIES. REFRESHMENTS WILL BE PROVIDED... IF YOU DARE

Big spinner yayyy
Gyro walker that uses the momentum from a single tooth disc to pivot on one foot. Weapon moves side to side like Wrecks or Gyrobot using a motor on it's green supports. Has three points on the floor to keep it stable. It is indeed quite the puzzle itself, as it's one of the more unpredictable bots in the field, and it's not exactly easy to flip either, as the body is designed to stay upright due to the weight of the weapon and the angle of the body. Flipping it will usually lead to it rolling back onto it's feet. There are also some static rings on the back just in case
In the case that it is flipped over, it can use the disc to self right and fling itself through the air

4 wheel drive with a medium wheel base and hinged forks

(can self right with vert)

*not actually made by me, it’s a commissioned bot made for me lol*

A dual wedge bot that focus on absolute aggression!

(all stat loadouts are formatted as speed/traction/torque/weapon/armor)

LW: Shade Fist
one last hoorah for the best lightweight i own that hasnt won a title yet

Count me in for this! Entrants will be made soon!

First off this robot is not a multi-bot for starters, it's designed to deal with spinners and bar spinners. Also, he's got the pace and strength to deal with other opponents.

The weapon is a four-bar flipper

The robot can run inverted, and self right without any issues, the wedglets have built-in hinges to help give the machine the upper hand to win the ground clearance battle

${model.name} by ${model.user.displayName} on Sketchfab

I am become compete, shatterer of briquettes 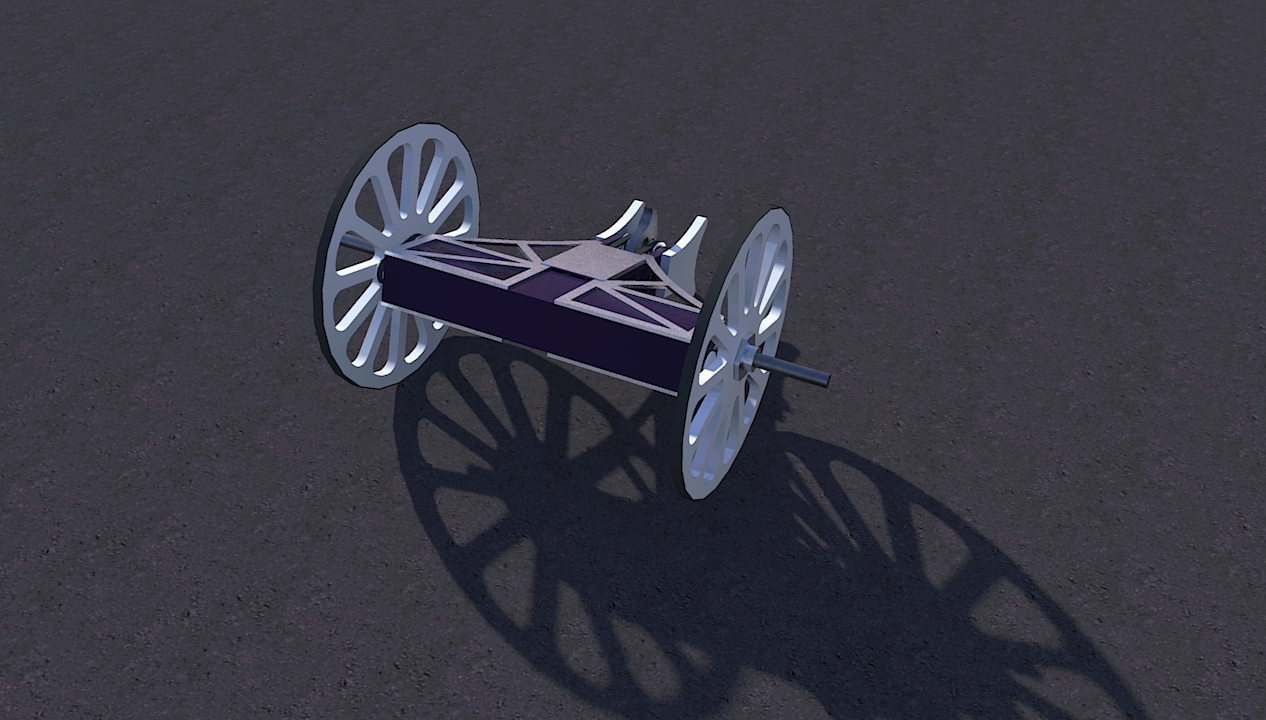 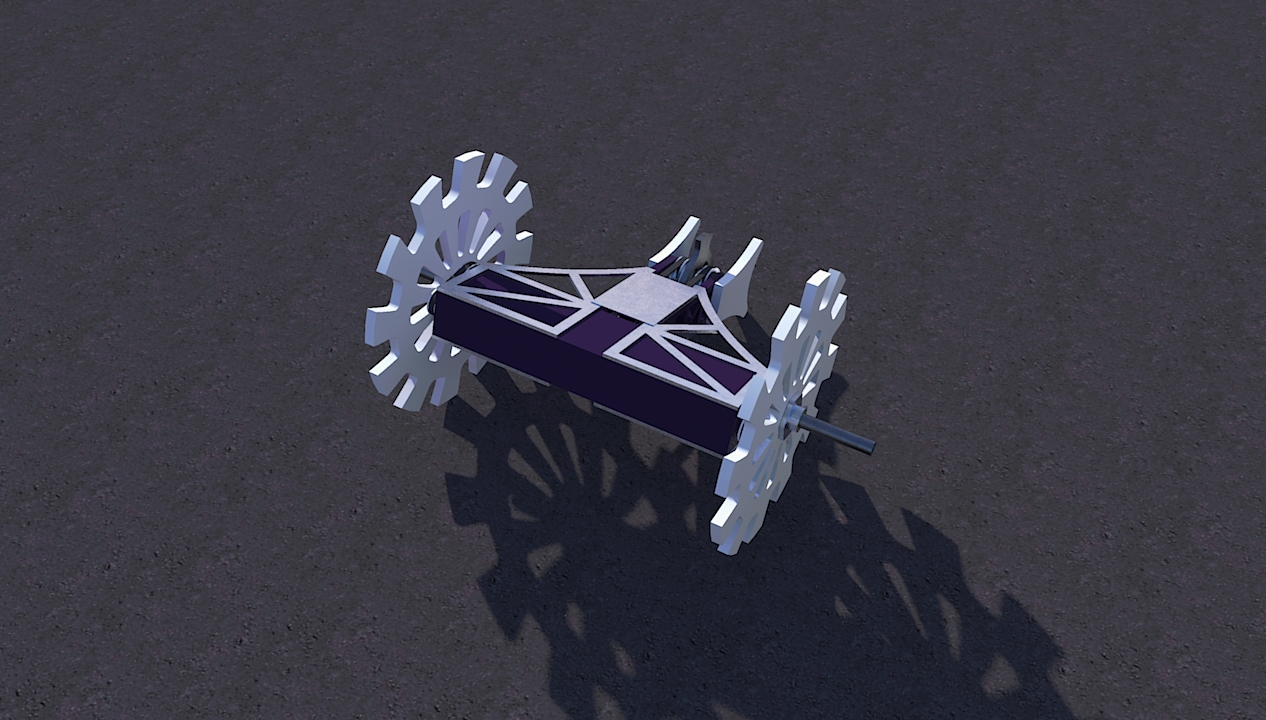 Flipkick is a Full Body Hammersaw, aka shameless ripoff of Starchild and Starfather. Basically it's an overhead thwackbot like Gabriel except the sword or hammer or whatever is replaced with a spinning disc. The disc is pretty light, a little under 6 lb, but that's similar to what regular hammersaws can run. It can smack opponents HARD from overhead and behind. The wheels are flexible UHMW and pretty thick. The little feet on the tail are shaped so that they keep the disc off the floor but should let it hit something as tall as most bots.

No the disc won't hit the ground: But it will hit a bot: Because this weapon can deliver hits to the back corner of an opponent passing under it, I can use the weapon spinning either "up" or "down." I have three disc options. One has a tooth that can only spin one way (but can still attack either direction by treating one orientation or another as "right side up"). The second option can be spun in either direction, letting me use the preferred attack direction if the standoff feet get chewed up on one side. The third option is also bidirectional, and is about 25% lighter than the other discs, freeing up weight for the heavier anti-spinner wheels. 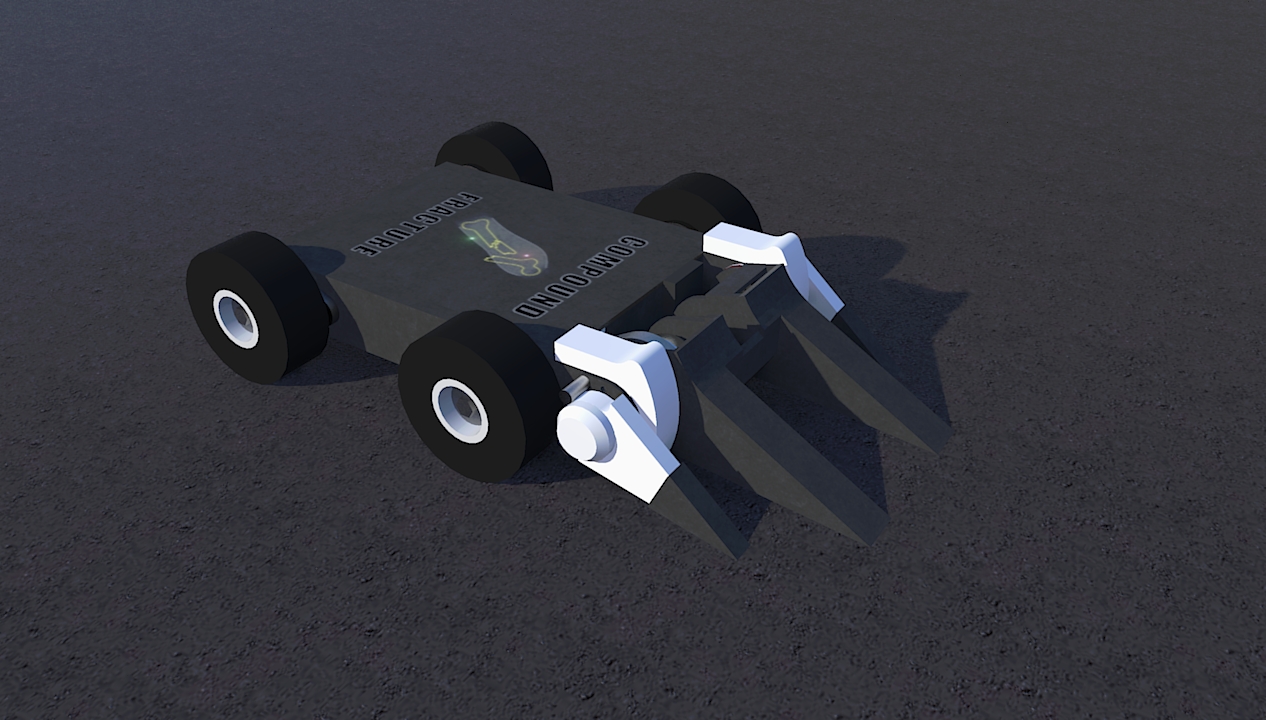 The TL;DR: It's a chunky brick lifting wedge with ground clearance for days lol. It's fast, it's powerful, it has a lifter that actually works, and it's hard to high-center and harder to kill.

Controlbots Can Die in Hell Config: 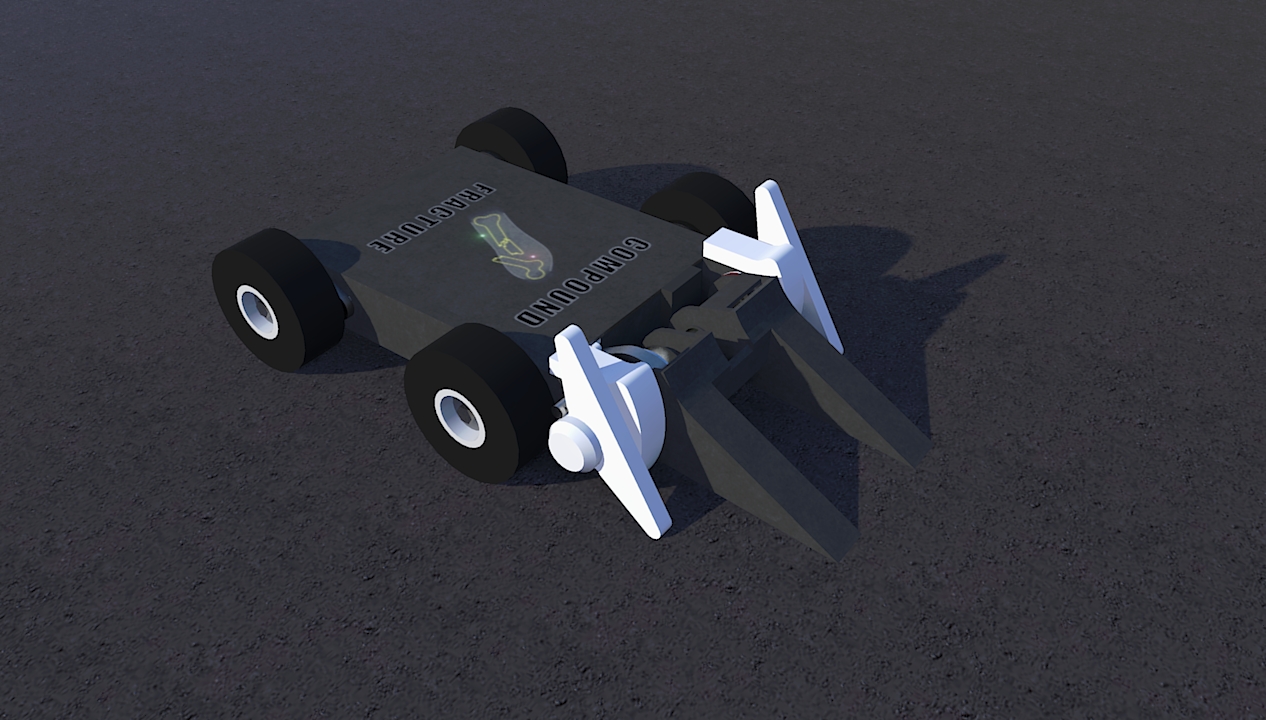 Config-Specific Info. This config has subconfigs of different wedgelet options so click on this for all the images. Verts Can Die In Hell Config: 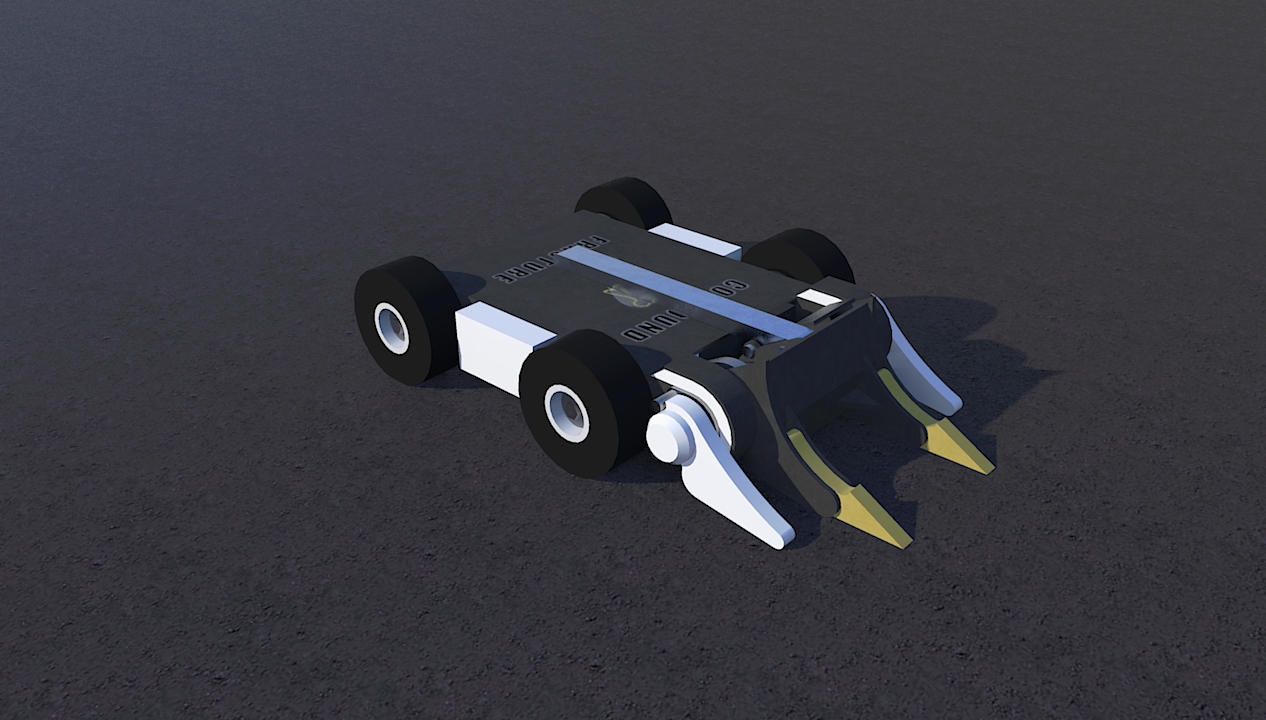 Lifter range of motion
Config-specific info. Click here if you're curious how self-righting works. Horizontals Can Die in Hell Config: 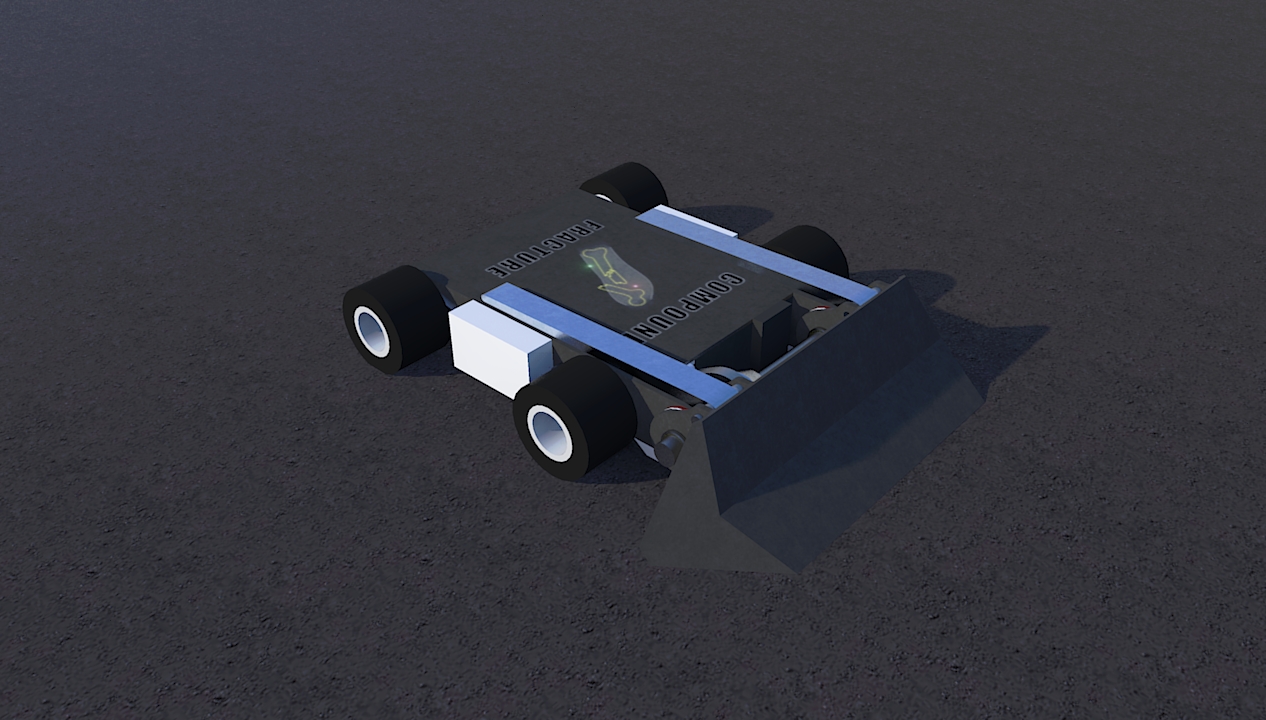 Config-specific info:
Obnoxious boring technical info I'm obligated to add to all versions of Compound Fracture because it's a meme now
Superheavyweight: ???
Top

TBA spot for all 4 classes and willing to write a match or 2 per week, as per usual